Spotted this short set up and like it because we have the potential for divergences across multiple timeframes. My only reservation is the price action hasn’t made a big spike high, I would feel much safer if it had, but you’ve got to be in it to win it so I opened a position.

If the divergence also occurs on the daily, I will look to add. 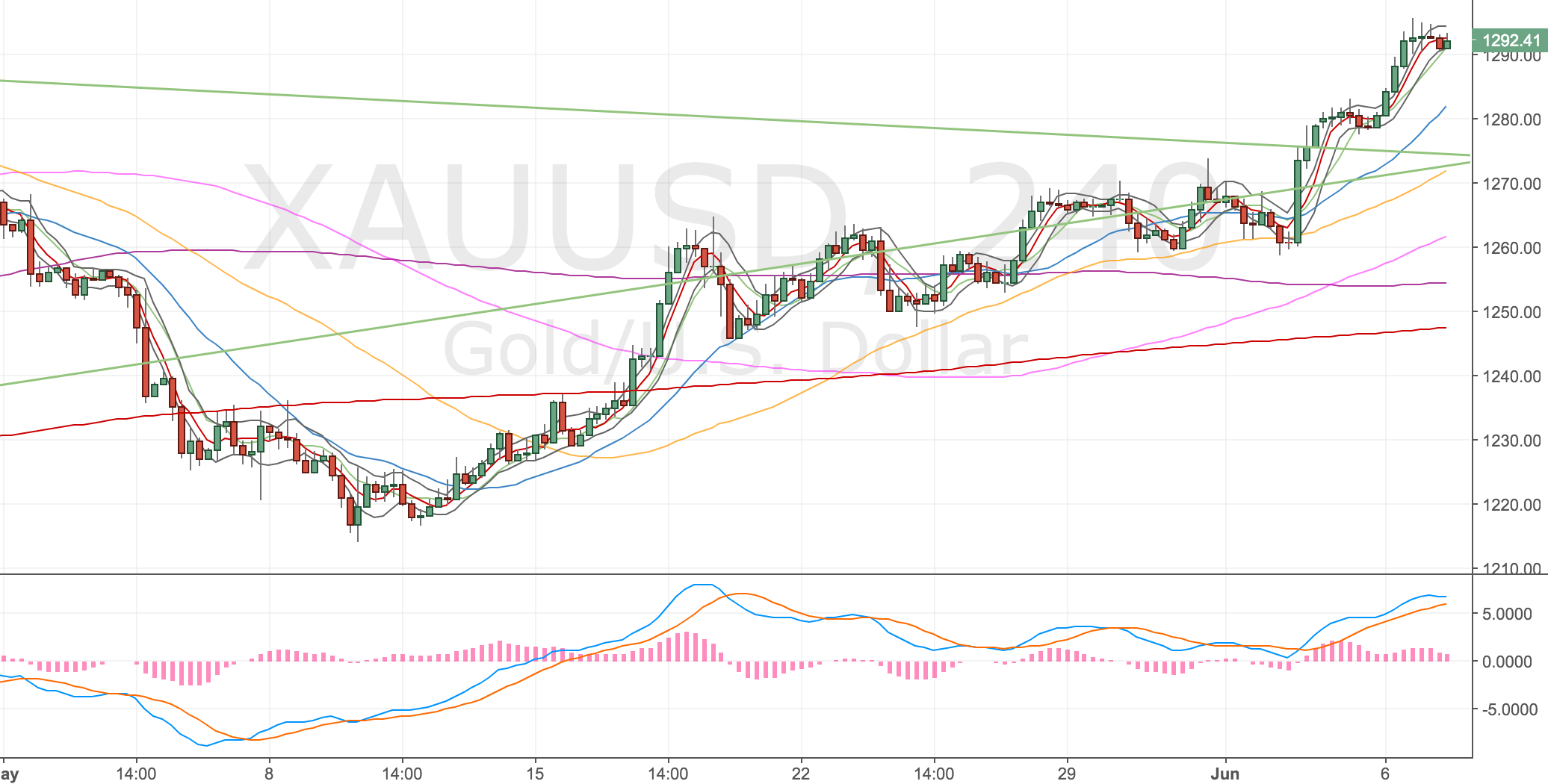 Here’s the divergence I’m keen on. The reason I like this trade is on the higher timeframes. 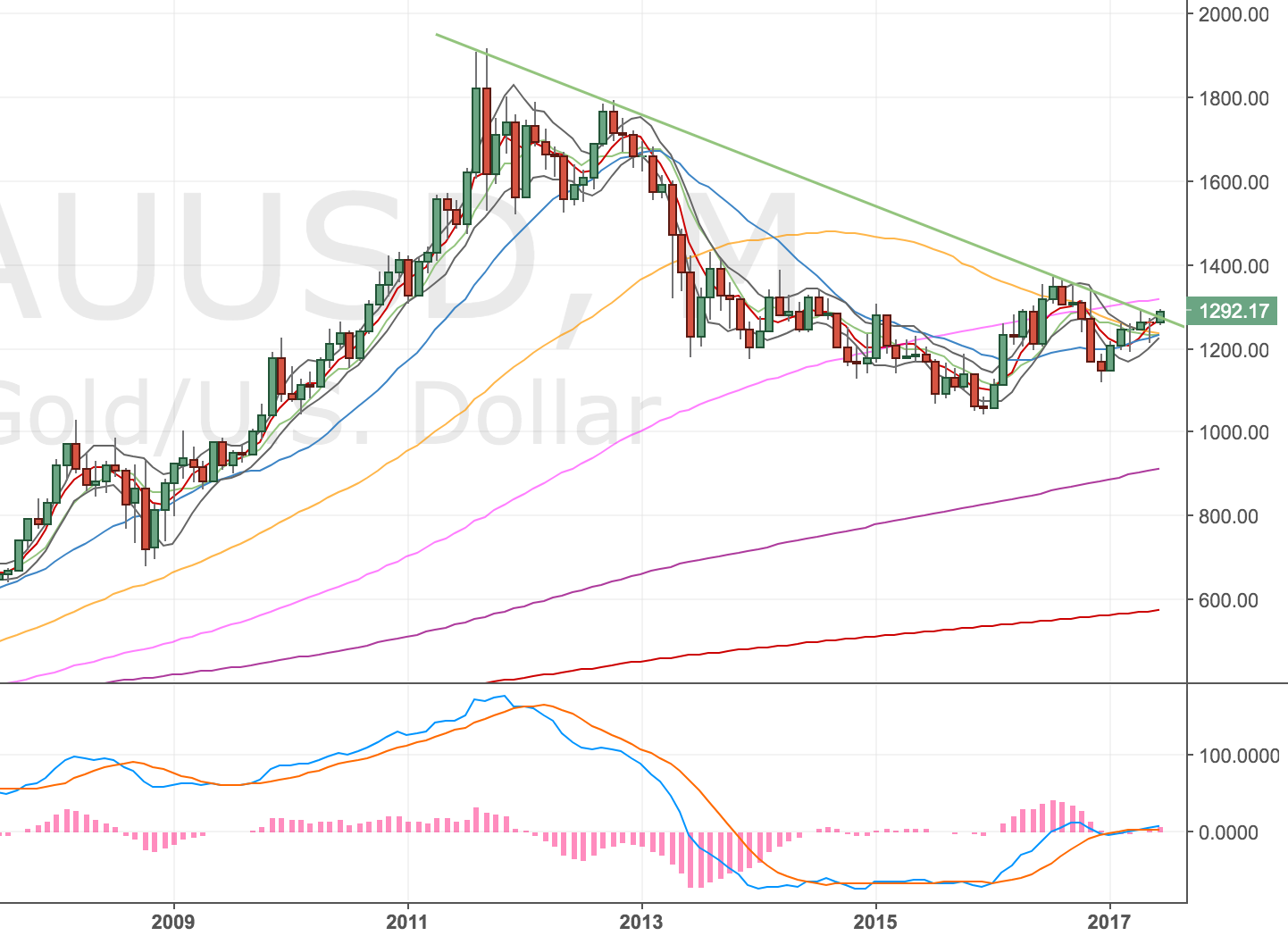 We’re testing a very long term trendline. It’s been recently tested (relatively) but I would expect a reaction to it before we were to break it. I’m looking for some monthly hand-railing. 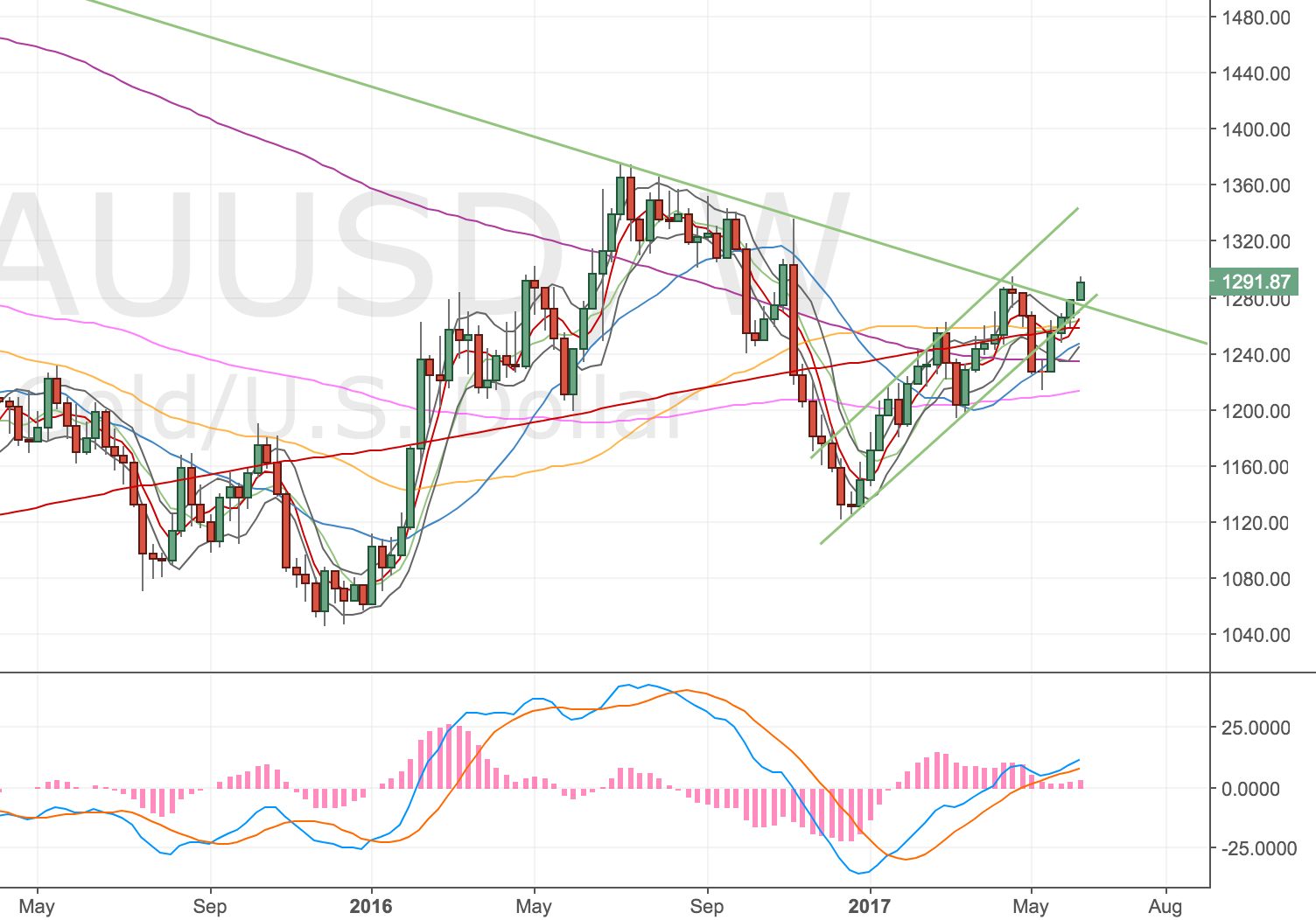 Similar to the chart above, I noticed a slight narrowing of the MACD and Signal lines (shown by the histogram divergence). I expect the price to come lower and react to this. 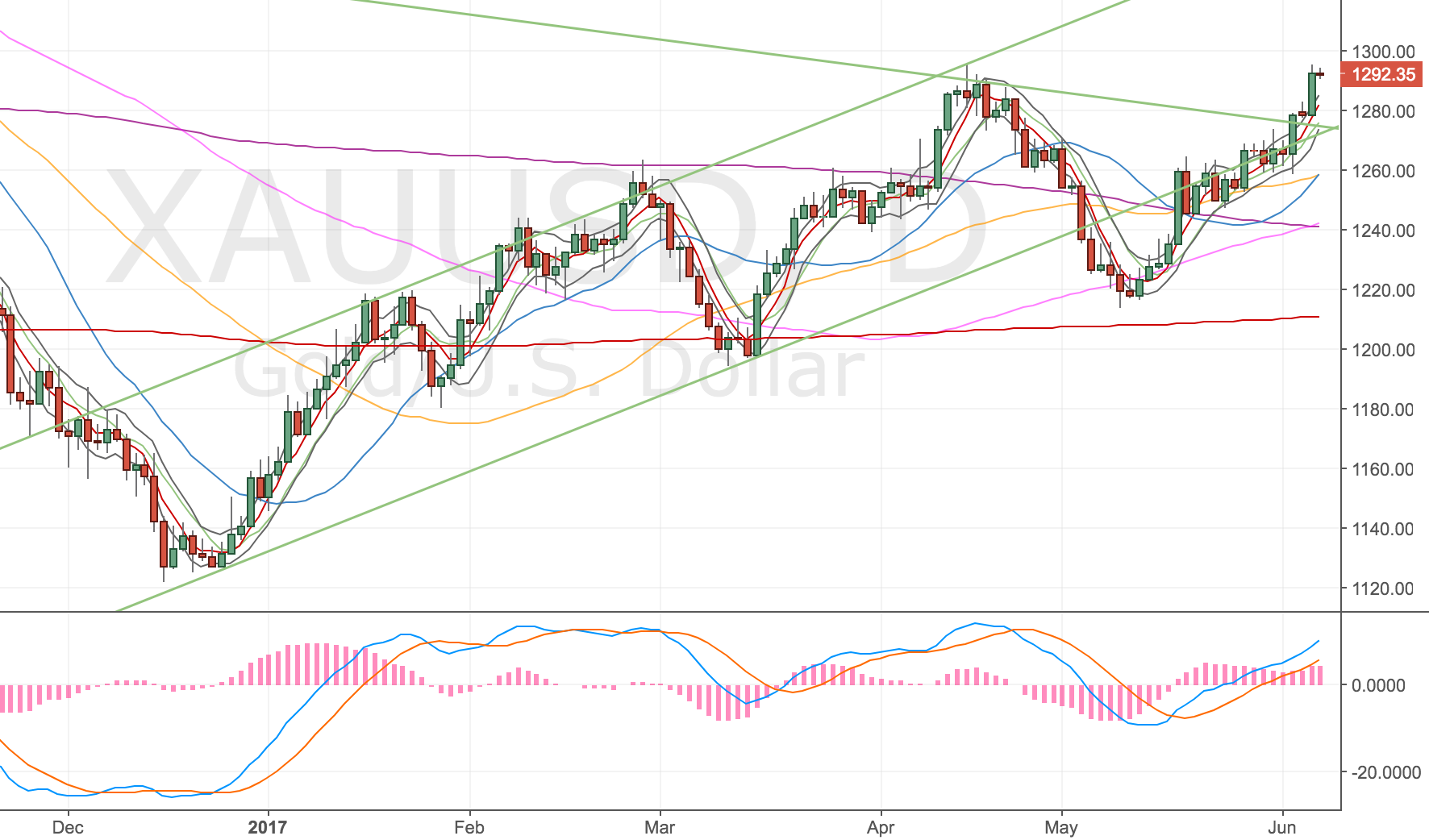 Although we’ve broken my trend line – I drew it so I don’t put too much emphasis on it! If price comes down into the bands, we’ll have a daily divergence adding conviction to my trade. The MAs are all getting into order so I don’t imagine we’ll get much of a pull back. Maybe to 1240. 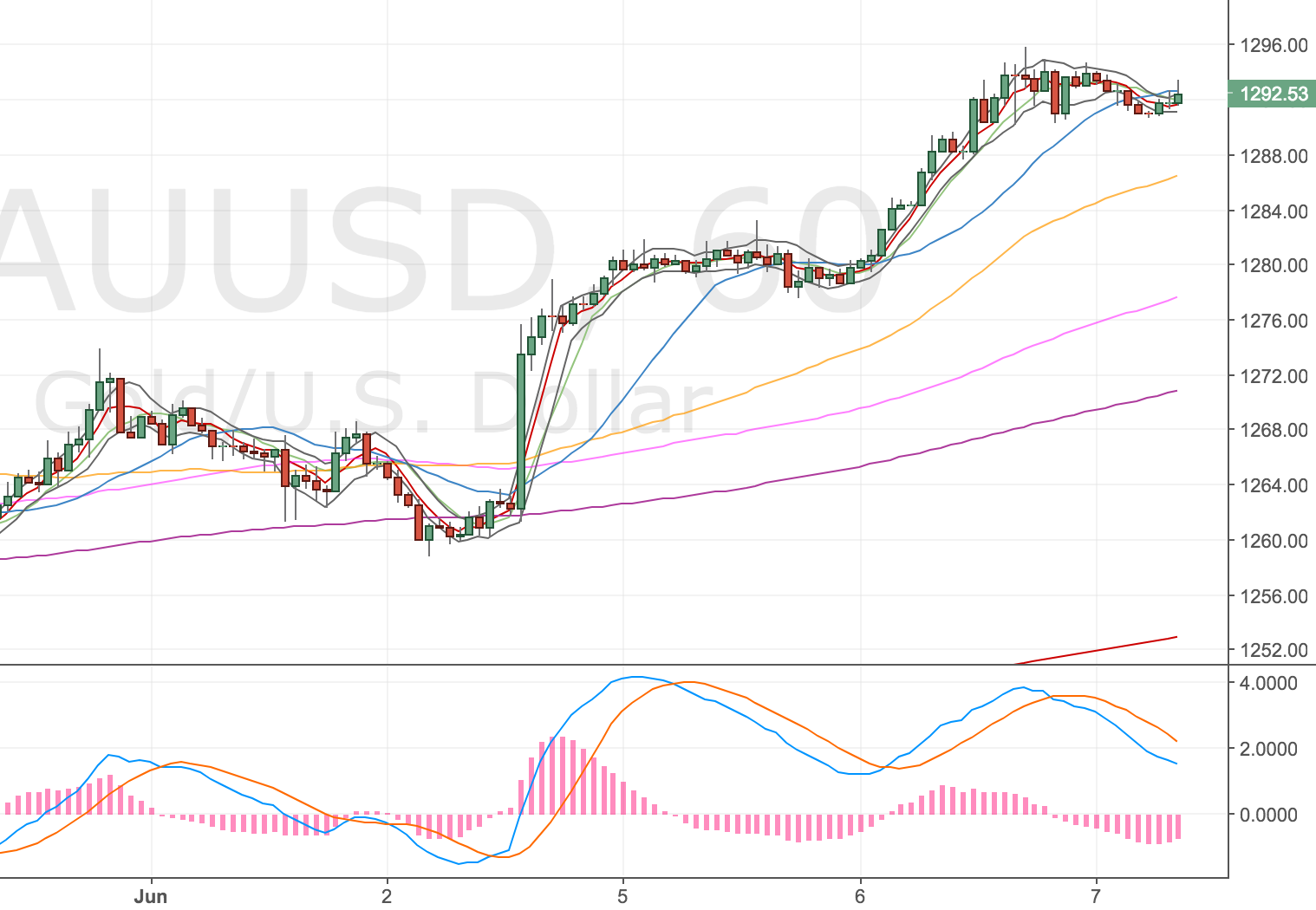 The hourly chart shows a divergence and potentially a double divergence forming. I’m late to this divergence but I’ve got a level here that I would’ve got at the time so I’m taking the trade. Price might go a little higher, I’m prepared for it, just hope I can get back in, unlike my FTSE trade.

It’s great to bank another winner so close to my last one and it’s a decent size too. The trade was not perfectly managed though. I was late to update my limit order (I was trading the 4h50) and when I saw price coming down to 50 I was frantically logging in to update my order (not great).

I was actually intending to move it lower (as the daily divergence has now confirmed) but I didn’t get there in time and the order was closed @ 1273.5. Still, pleased with the trade, it’s a 4.5x RR trade 🙂

Here’s the chart. I may be very lucky to have got out where I did. Although price has moved a long way from the bands so might be good for a run?

Price has paused at my exit level before heading lower. I thought I might not get my daily entry (even though the chart shows the 5ma touch – I don’t think it would’ve until the candle close pulled the MA down). Not sure what’ll happen next but I’ll keep watching it. 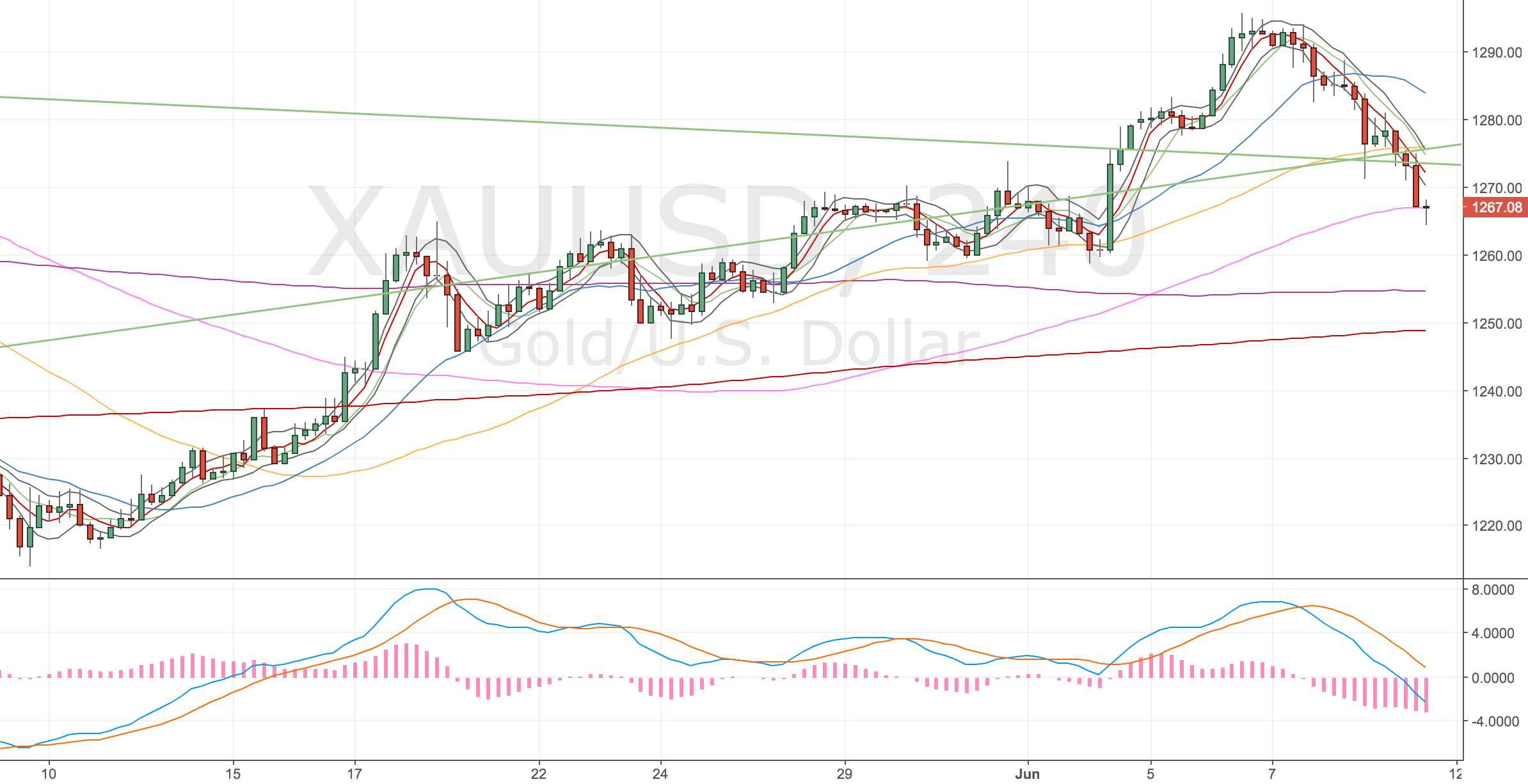 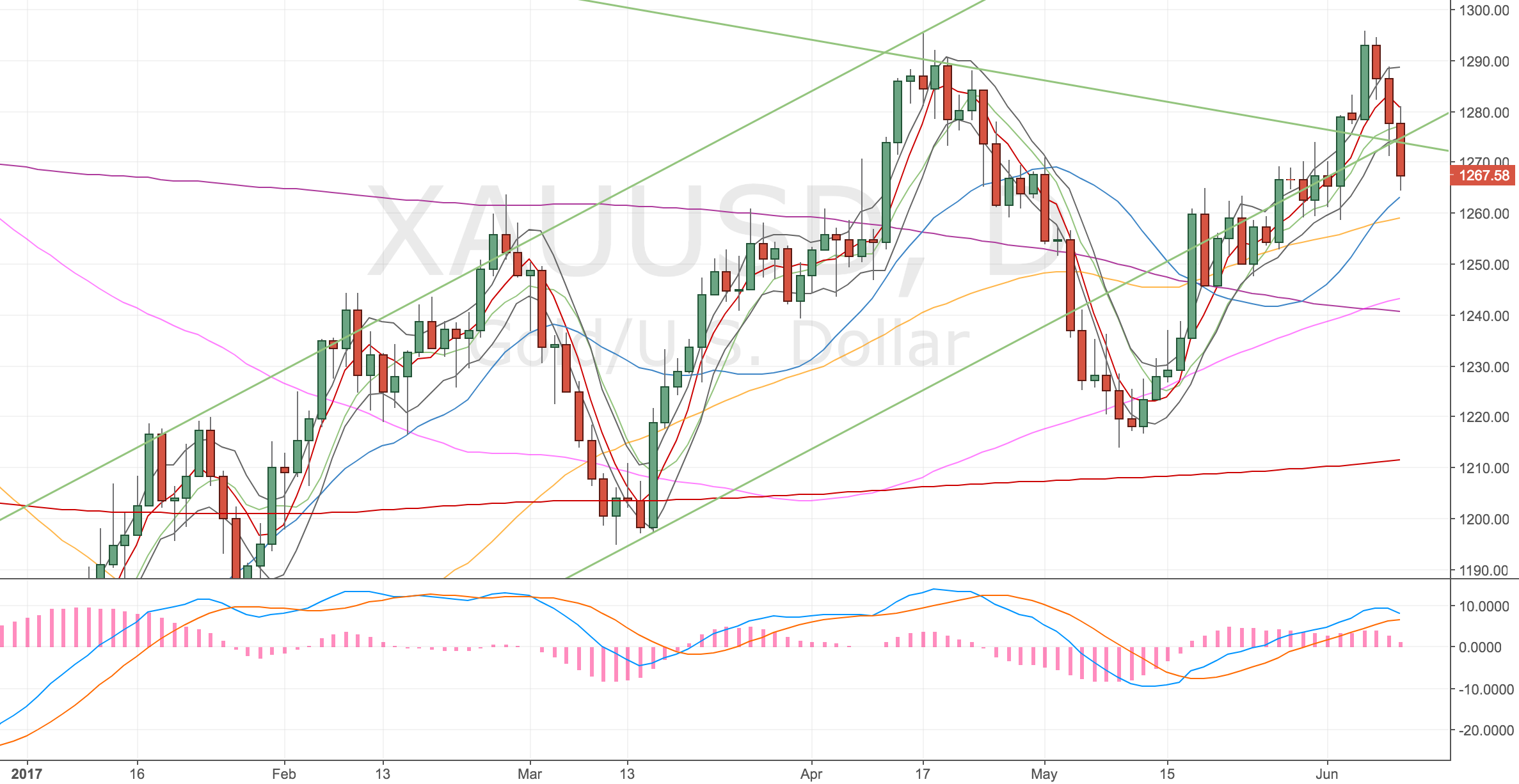 It makes me feel nervous to be trading around a breakout zone. Probably means I should be more confident?