So a lot of nice factors in my favour.

Didn’t manage to get any screenshots! Was in a bit of a rush.

I’ve split my trade and took my first profit manually just ahead of the 4h100. I always get annoyed when I do this – I should just set and forget and let the market decide when I exit. Shortly after I closed the trade 20 pips off the 4h100 price went down and tested it. These things eat away at your performance and you often regret the decision immediately after you’ve made it.

I’m leaving the remainder to run after a chat with Charlie, I have a feeling we’ll be able to get lower, but this is based on nothing other than speculation.

The trade is paid for now, I’ve banked £45 and I’ve got £18 plus charges at risk. So either way I’ve made some money on the trade.

The CPI figures were a miss, not a big miss 0.1% instead of 0.2% predicted. The Euro has rallied I’m not convinced this will run though, the trend is still down. If we do come higher we get a new divergence short set up which would be great. That would give me more certainty in a run lower. So I’d be quite happy to get stopped out now and re-enter again later.

At the moment price is chopping around the 4h50 which actually feels like a good shorting zone, but no set up so not going to trade it. 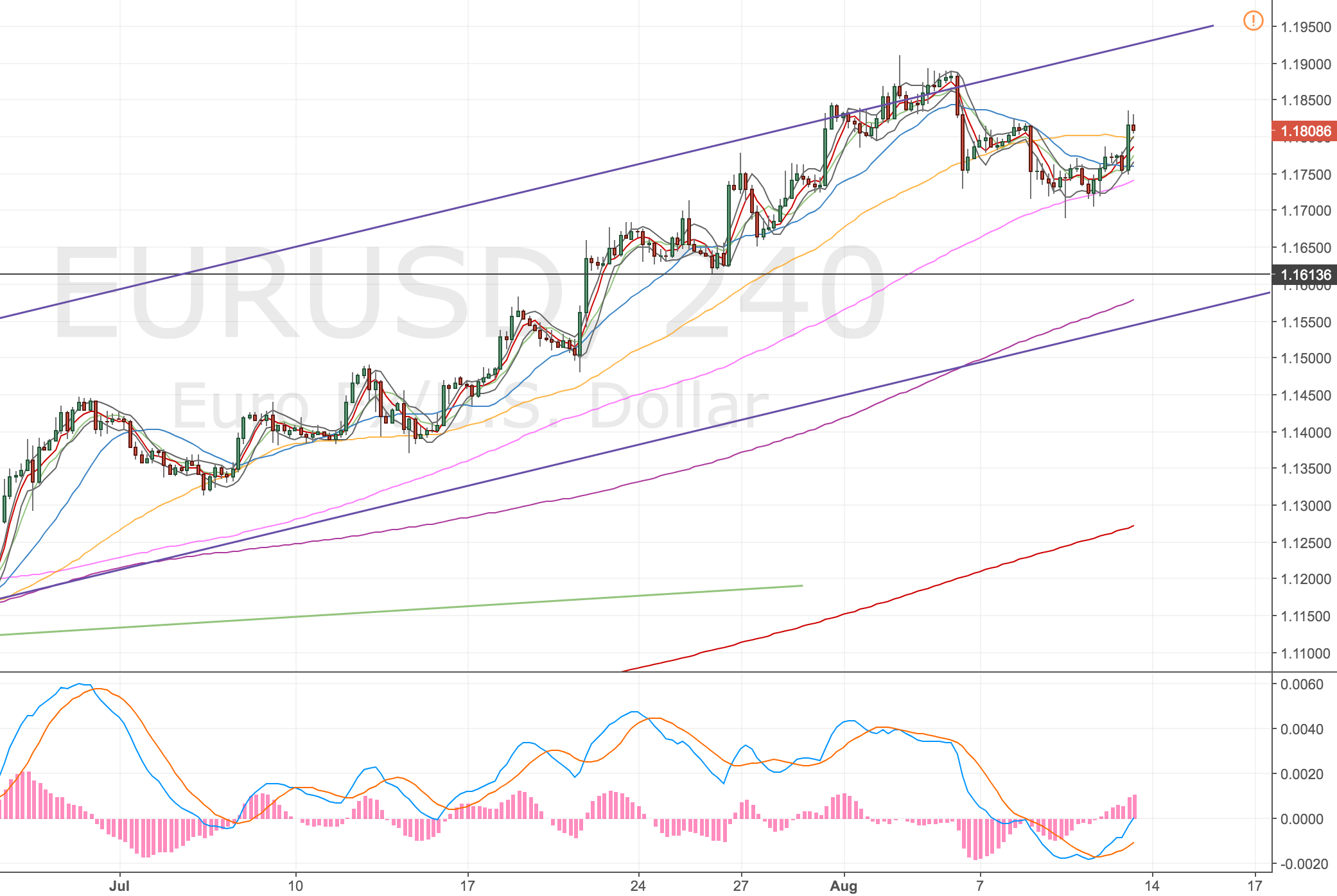 Still in the trade waiting – 19 Aug

I’ve been sitting on this trade waiting for the 4h200 to be tested and I’m still waiting! I can see this getting touched around the recent lows at 1.1660ish. Often happens when you use moving averages as targets. I thought we might be forming a triangle but it looks like we’re in a mini down-trend which is holding for now.

More tests of the lower trendline than the upper, so I wouldn’t be surprised to get a test of the upper trendline again soon. 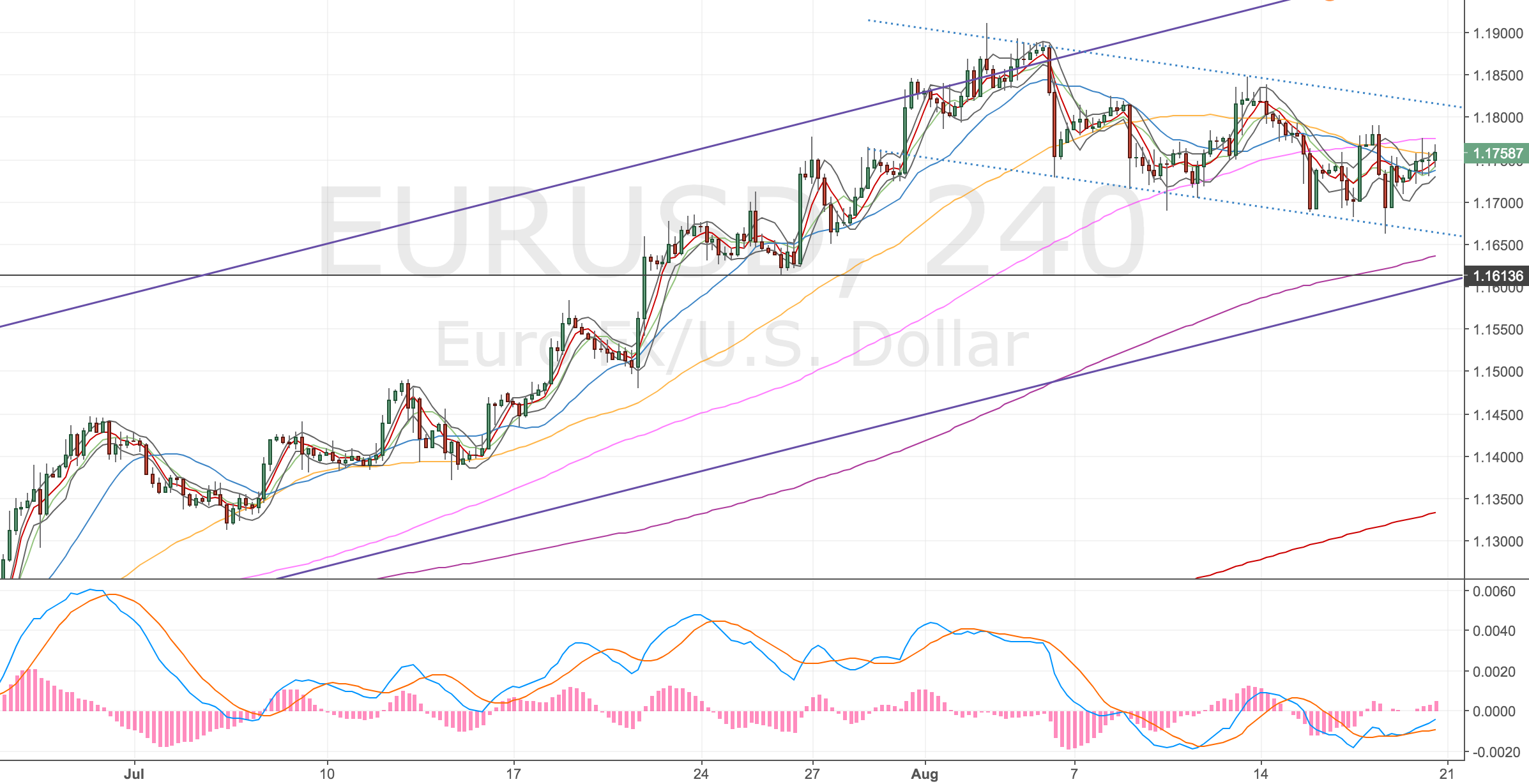 Am I bored of this trade, this trend looks to be breaking now to the upside now. I definitely prefer those quicker moves that are over in a few days. This has dragged on for ages. Something I’ve seen happen a lot with trades is an initial flush down a pause and then a move back to the prior low, usually to coincide with a moving average target. E.g. I’m holding for a lower level target that ends up being the prior low I.e. I could’ve been out of the trade a couple of weeks back.

Not sure there’s anyway to trade that, but just an observation. 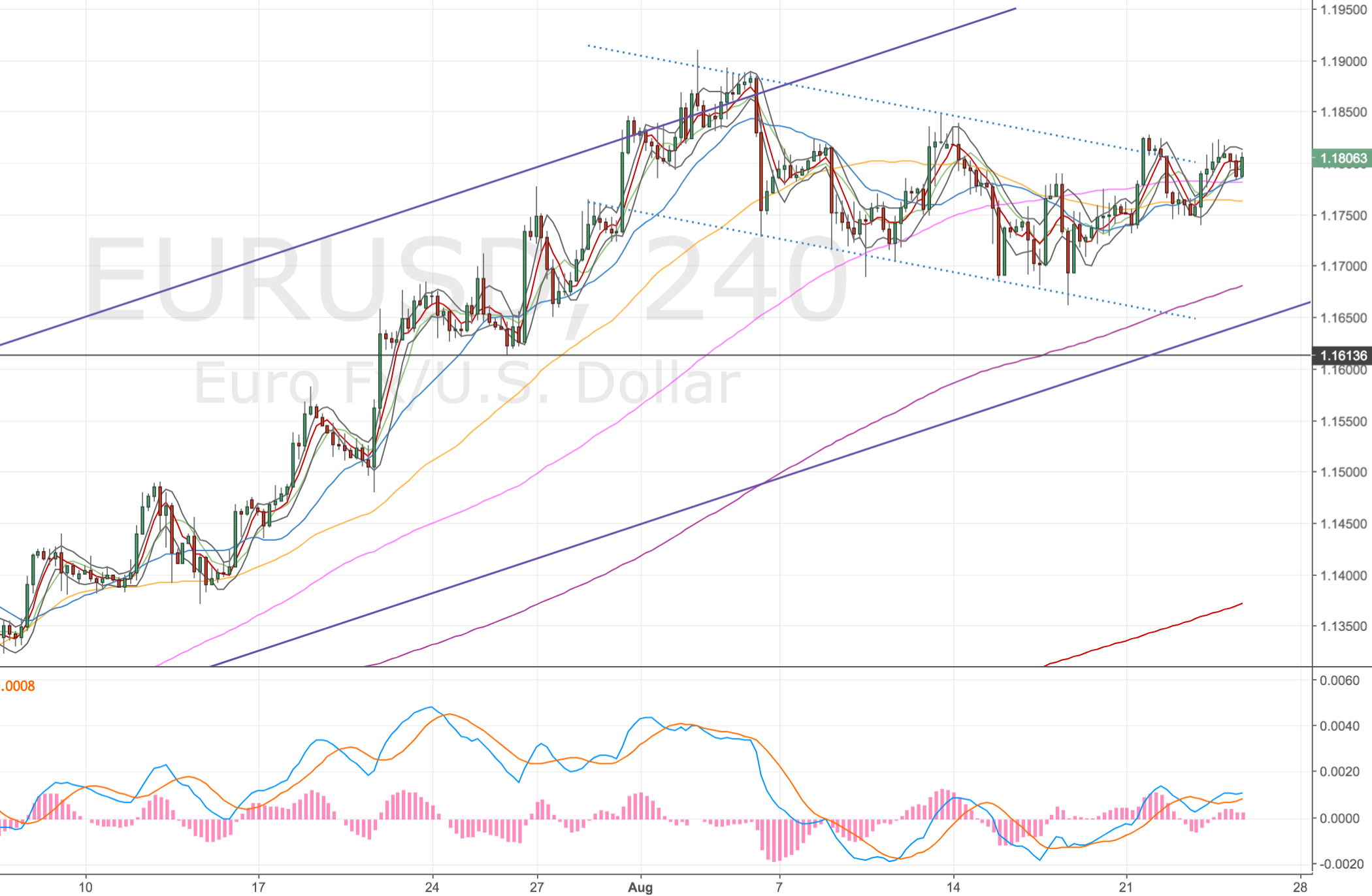 Finally got stopped out of this trade, as I suspected, price was heading higher. Would I have done anything differently? No. I took partial profits and tried to run the rest based on my analysis which I think was still sound. I can’t close a trade on a hunch alone.

So no problem there. Made a small profit on the trade.

Blue-cross hair shows the exit point of the trade. 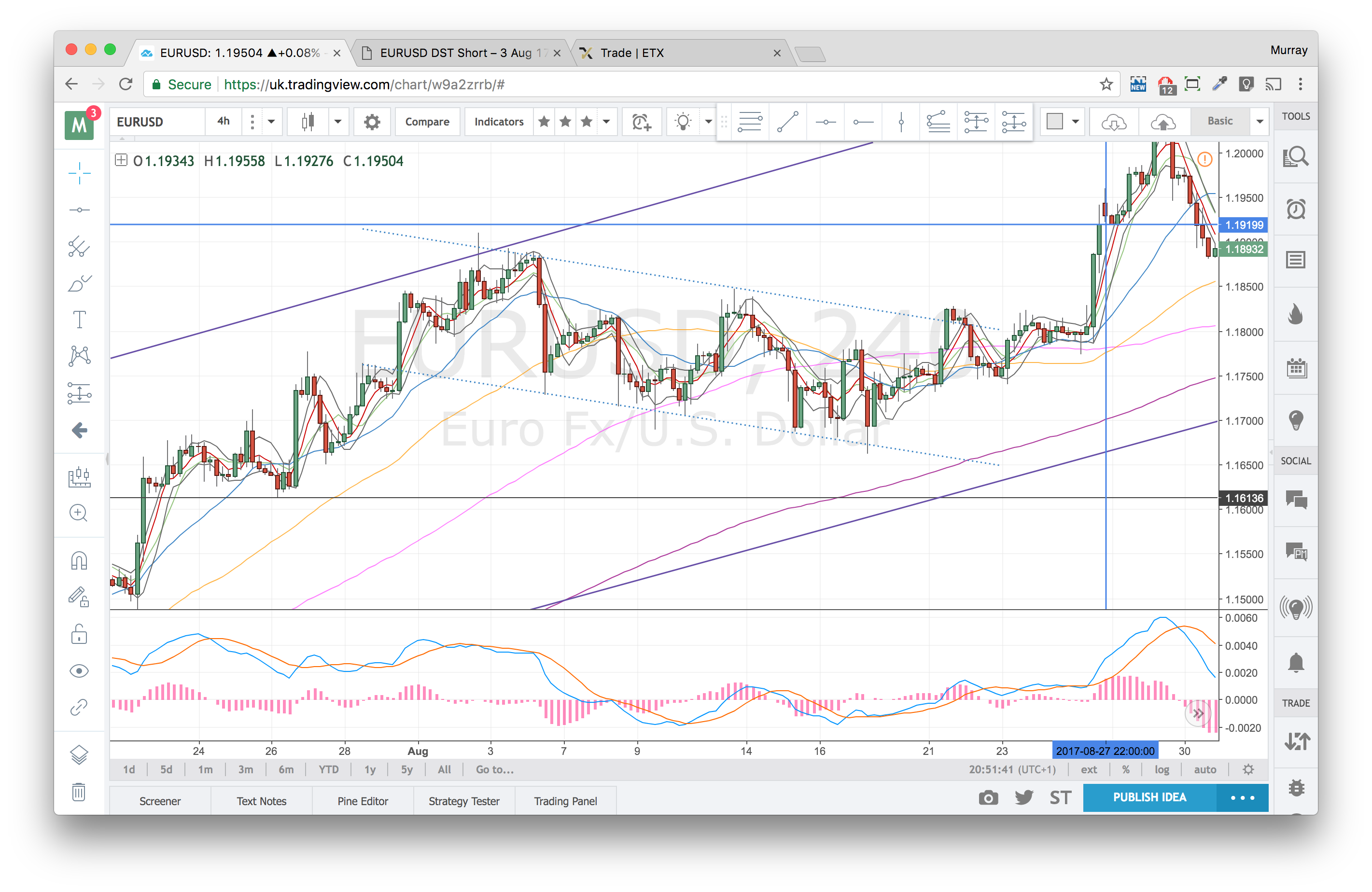